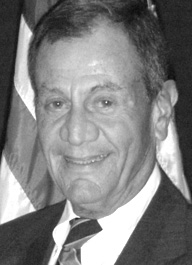 Graduating Duquesne Law School in 1974, M. Richard Mellon, Rick, was a prominent attorney, and Judge in Pittsburgh, PA. He is admitted to practice in Pennsylvania and Texas State Courts; various Federal District Courts; The United States Supreme Court. He is the CEO and Board Chairman of Mellon Philanthropic and also sits on the board of organizations including: Pelican Bay Rotary, Naples Municipal Airport, American Arbitration Association, among others. Rick is an active member and leader in the Naples community as well as a United States Air Force Veteran, where he served as 1st Lieutenant and later as a Lieutenant Colonel in the Civil Air Patrol. He has held faculty positions at a multitude of colleges and universities—such as, Penn State University, Gannon and Mercyhurst College—and has given lectures on a range of subjects all across the country. Rick has lectured at both the Air Force Inspector General College and Legal Officer College. A proud member of Quest, Rick is married to Melanie Knight Mellon, and has five children.